BlackBerry Called. They Want Their Mojo Back.

There was a time we were so addicted we used to call them Crackberrys.

Before the iPhone arrived on the scene in 2007, the first smart phone that hooked many of us was the BlackBerry.  Legions of BlackBerry addicts couldn’t resist the fix of easily checking company email whenever, wherever they went.

A grim joke went like this. How do you know when a corporate executive dies? When the BlackBerry drops from his hand.

Now BlackBerry is on the hunt to recapture its mojo. In fact BlackBerry maker Research in Motion (RIM) is making a bet-the-company move to lure us away from our new obsessions: namely, Apple’s iPhone and Google’s Android phone. This is an “all in” bet symbolized by the decision to even change the company name to BlackBerry.

The new BlackBerry is an all-touch device running on a new operating system. Sorry Crackberry diehards, that physical keyboard you loved so much is gone, replaced by a virtual keyboard.

The old operating system was great for email but a poor platform for app developers. As any iPhone or Android user knows, apps are where it’s at.

How to Win Friends and Influence Partners

So BlackBerry is going to need to make many deals if this bet is to pay off. The new and improved BlackBerry Z10 is launching with a fraction of the apps available from Apple and Google. Look for the phone to go on sale in mid-March. A second phone, with a physical keyboard to placate the truly addicted, is due out in April.

“I believe it has a chance of getting RIM back into the game, if the company can attract a lot more apps,” wrote personal technology guru Walter Mossberg in the Wall Street Journal.

We believe to hedge the bet, BlackBerry needs to go into major app developer deal-making mode. We recommend the following:

As an old CEO from the south was fond of saying “They need to get every hog, dog and frog they got on this.” Good hunting BlackBerry. 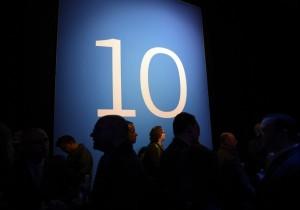 At some point, we all say dumb things. It is natural and human, but for all our communication abilities, salespeople […]

6-Must Have Traits of Superstar Sales People

A number of my clients are in the process of interviewing candidates for large account selling. To help them find […]

In Daniel Pink’s important book, “Drive,” he convincingly shows that pay-for-performance is inversely related to complexity. Simply put, the longer […]